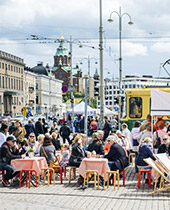 An interview with Ken Greenberg, Ken is an urban designer, teacher, writer, former Director of Urban Design and Architecture for the City of Toronto and Principal of Greenberg Consultants. Join Ken and his wife Eti on a Most Liveable Cities trip to Helsinki in August 2020. 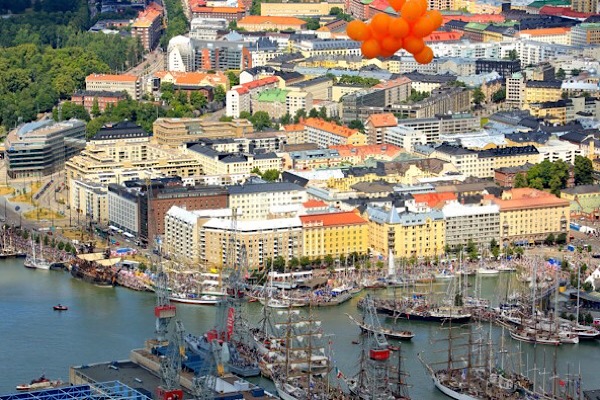 Each year, various organizations issue a list of the best cities in the world to live in. What do you look for when determining how liveable a city is?

Many factors that come to mind. Here are a few:
• Are basic daily life needs met for most people in ways that afford dignity and some pleasure – living, work, shopping, health care, recreation, cultural life?
• Are things and places accessible? The organization 880 Cities uses the 8-year-old and the 80-year-old as a measure of liveability. If it works for them, it works for many. For me that is a place to start.
• Is everyone included across the spectrums of gender, income, age and ability?
• Is living affordable?
• Are people segregated or do they live together, attend the same schools and use the same ways of getting around?
• Is there an element of surprise and delight, room for the new and stimulating as a counterpoint to the known and reliable?
• Are creativity and self-actualization valued and encouraged? Can people realize their dreams, test their ideas, expand their horizons? Are the citizens challenged and encouraged to expand their range mentally and physically?
• Are there great public spaces for people share and be together? Is there a value placed on beauty and good design in the public realm?
• Does the city celebrate its past and tell its stories, celebrating its important milestones?
• Is there a sense of community as in “I am not alone,” but not stifling as in a tight knit village demanding conformity but with a level of connection and mutual support?

Why did you quickly choose Helsinki when I asked where you would like to lead a Most Liveable Cities trip?

Helsinki was a wonderful recent discovery for my wife Eti and me. We were deeply impressed by what we saw in many if not all the ways mentioned above. 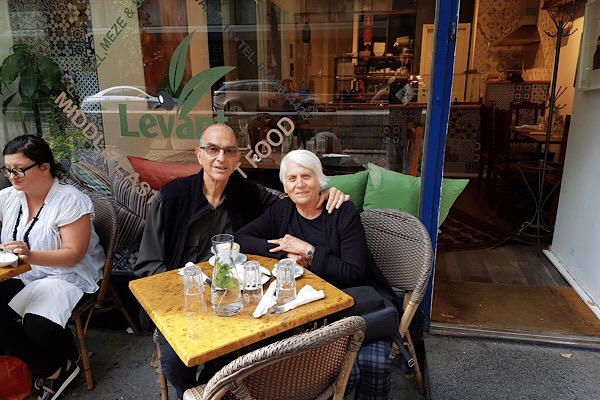 • There seems to be a real commitment to a city in which all boats could rise and share in successes, a city with a sense of the public good and a belief that what is shared is worth paying for and doing well.
• Helsinki also appears to be a city that while certainly not perfect (no real place ever is) was grappling with the problems we all face in new and ingenious ways that people interested in cities could learn from, and yet for a variety of reasons, is less known than other cities more recently in the limelight.
• It too has two official languages (the second is Swedish).
• It has had a fascinating history having been overrun by its neighbours to the east and west and yet has survived with a vital form of local democratic government.
• It has tied arts and culture, and high-quality architecture and design to an enlightened social agenda punching way above its weight in terms of investment. 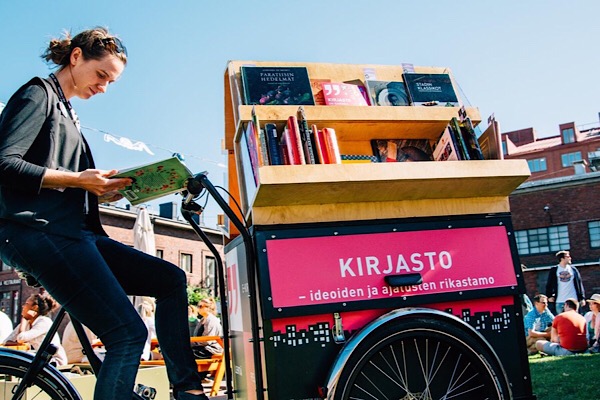 • It has made public education a major priority. 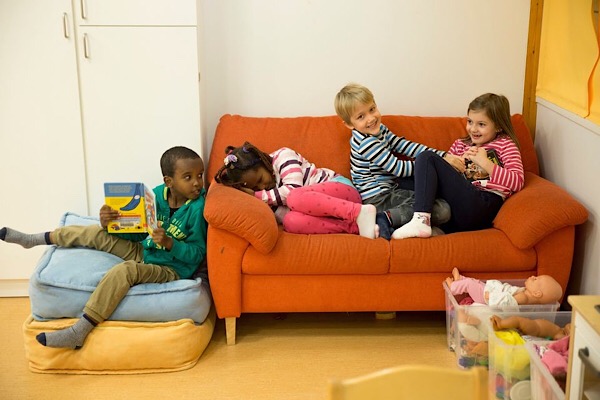 For all these reasons it seemed like an ideal place to explore the concept of “most liveable cities.”

Tell me some of the things we will see in the city’s architecture and urban design that you like best?

• The very impressive new generation of emerging new neighbourhoods.
• The omnipresence of nature in the city and an expansive green network of parks. 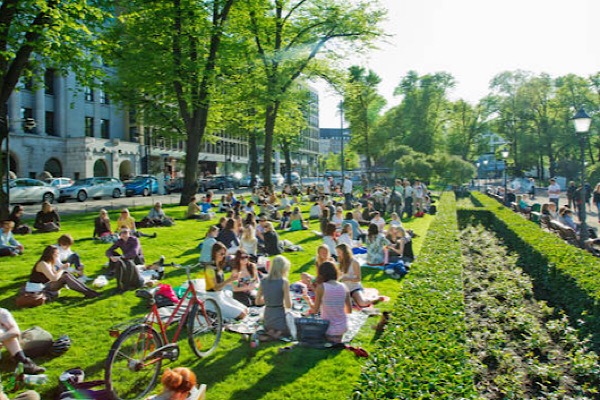 • The ease of getting around by transit.
• The way individual buildings are woven together create the fabric of neighbourhoods.
• A care for public spaces which keeps evolving with each successive generation. 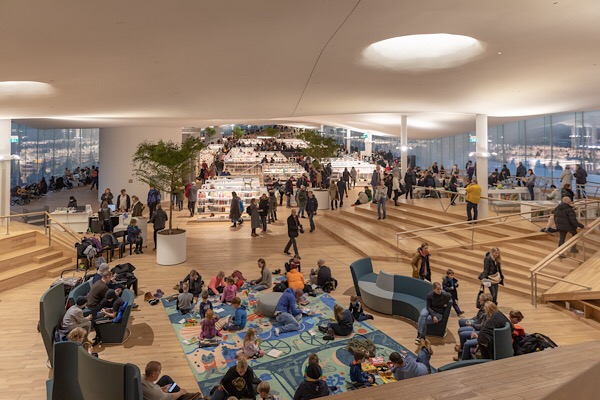 • The presence of kids was a real tip off, their presence everywhere in play spaces and schools suggested a truly family friendly city. 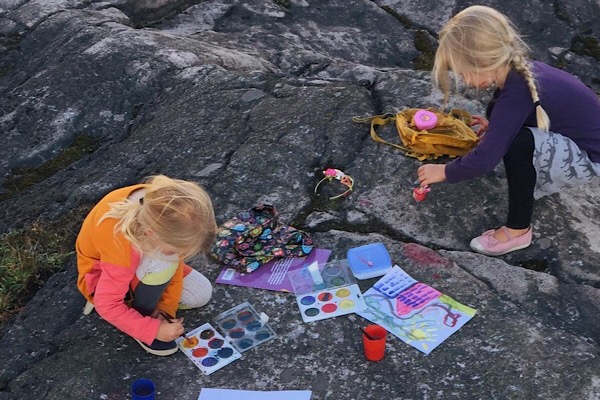 • The income mix in the new neighbourhoods right down to each individual block and the new forms of open shared courtyards. 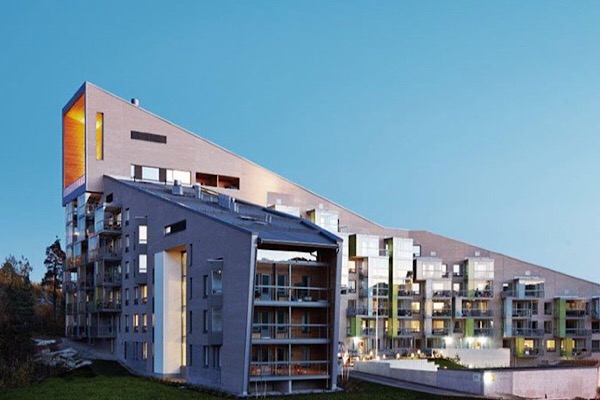 • The opening up of the water’s edge and easy access the nearby islands and natural settings. 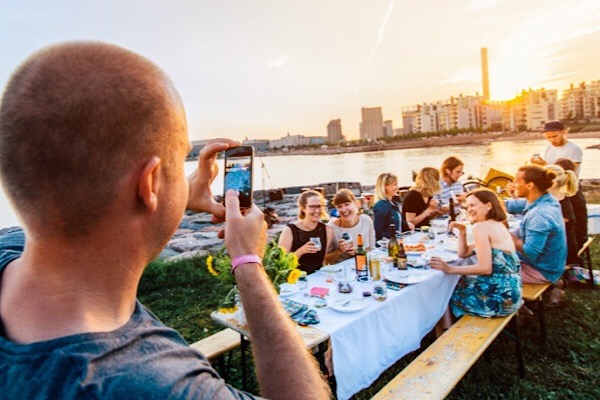 • The boldness of much of the new architecture and the quality and of the programs it houses.
• It is evident that making the wellbeing of its citizens is a shared value and important collective project.

What challenges is Helsinki facing? How is the city dealing with them?

The problems and challenges are in fact very similar to ours:
• Climate readiness.
• Integrating newcomers and dealing with new diversity.
• Pressures for gentrification of the city centre.
• Making the shift from car dependency in the suburbs and transforming those environments that have grown around the car as the primary means of getting about. 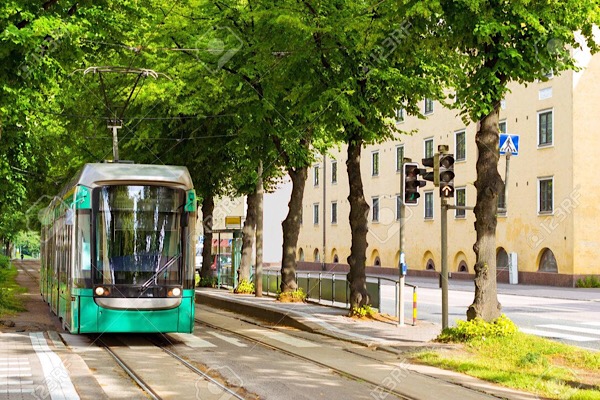 • Finding the revenues to fund basic services for the population including education and health care.

From a city building perspective the challenges have to do with:
• finding ways to make new neighbourhoods that have the qualities we admire in older ones – the fine grain, the mix, and walkability. 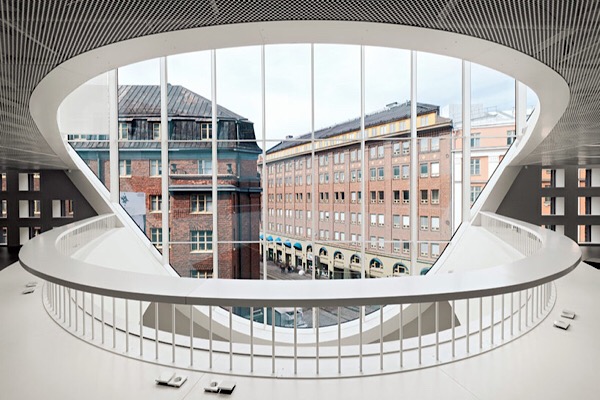 • Dealing with a whole new set of challenges and opportunities like how to make the most of new technology and absorb new growth in a sustainable way.

To respond better to these challenges, Helsinki has radically overhauled its municipal structure. The critical insight driving the reform was that the city could no longer afford to solve one of these problems at a time, in isolation. The key to unlocking the city’s true potential lay in a cross-disciplinary team approach; blending public and private initiatives. Some thirty city departments have been abolished and replaced by four integrated divisions: Education, Urban Environment, Culture and Leisure, and Social Services and Health Care.

The goal is to make Helsinki the world’s most functional city. Senior city staff reported to me that the change seems to be working, and the early results are truly impressive, including new mixed-use, mixed income neighbourhoods with an abundance of well-maintained public space and amenities. While the reform has not been painless, the need was clear. Obviously, we can’t simply cut and paste the Helsinki plan onto our cities, but there is a great deal we could learn from what Helsinki is doing.

What do you say to those who say that what happens in a small, affluent and homogeneous nation cannot be transferred to our big, diverse and complex cities in North America?

It is not so small or homogeneous as you might think. The city itself has a population of over 643,000 and the capital region 1.48 million. 15.2% of the city’s residents were born in another country.

How does Helsinki do winter – to combat social isolation and health hazards, like falls due to icy sidewalks? 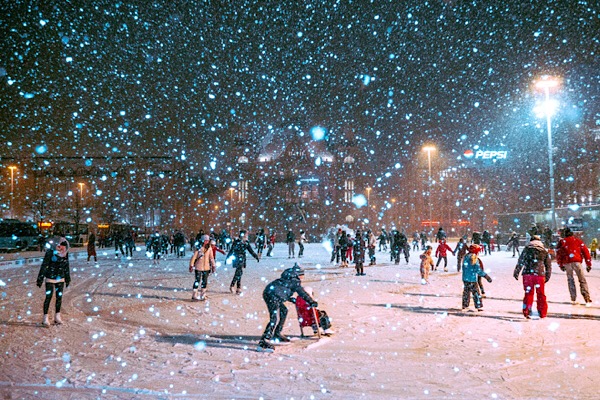 We have not experienced winter in Helsinki so can only surmise. Like the major Canadian cities, Helsinki is a northern city with similar winter weather. We were told that social isolation related to winter is not a concern, that Finns go out and enjoy themselves throughout the year; in fact, the more “real” the winter is with cold and snow, the happier people are. There is an emphasis on winter sports, skiing, skating, ice fishing and generally enjoying the outdoors but also on many indoor spaces and public activities in community facilities. A major activity seems to be gritting to fight slipperiness and clearing rooftops of snow and ice. The compensating reward of course is the glorious long summer days with daylight well into the evening. This would be an interesting subject to explore with local residents.

Will Helsinki be able to become a multicultural city?

Again, it is hard to judge from such limited experience. What we did see was a great mix in the kids in the neighbourhoods, going to and from school and in the school yards. And this probably relates to the deliberately mixed neighbourhoods avoiding the mistake of locating all newcomers to isolated projects out of the main stream. No question the Finnish language is a challenge for new arrivals, but English is ubiquitous, and the education system seems to go out of its way to provide language instruction. Immigration seems to be growing, and this is an area where we in Canada have much to share with others about how to welcome and accommodate a highly diverse population. The learning curve goes both ways. (Helsinki has made visits to Toronto, especially to learn about the official Canadian model of multiculturalism.) 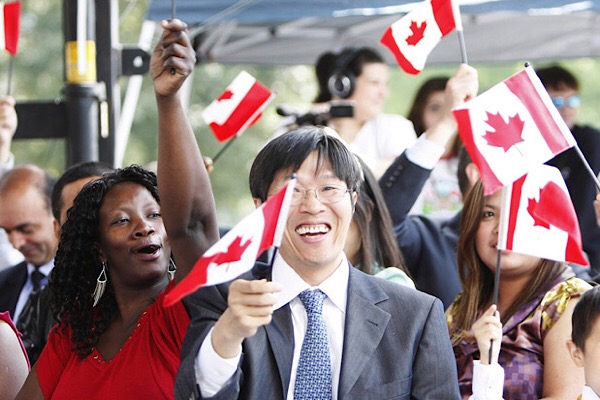 Ken and Eti Greenberg invite you to join them in Helsinki, August 15 - 23, 2020
as they revisit Helsinki, one of their most liveable cities.