An Underground World of Soviet Opulence 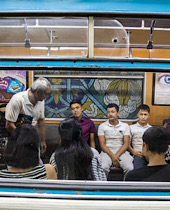 This article was originally published on BBC by Taylor Weidman.
Last summer, for the first time ever, Uzbekistan began allowing photography in its opulent metro, which has been described as one of the most ornate in the world. Here's what riders enjoy most:
Amazing opulence
During Soviet times, if a city’s population topped one million, it would become eligible for its own metro. Planners wanted to brighten the lives of everyday Soviet citizens, and saw the metros, with their tens of thousands of daily passengers, as a singular opportunity to do so.
In 1977, Tashkent, the capital of Uzbekistan, became the seventh Soviet city to have a metro built. Grand themes celebrating the history of Uzbekistan and the Soviet Union were brought to life, as art was commissioned and designers set to work. The stations reflected different themes, some with domed ceilings and painted tiles reminiscent of Uzbekistan's Silk Road mosques, while others were decorated with chandeliers and marble to give the appearance of European ballrooms. The result has been described by Lonely Planet as one of the most beautiful Soviet metro systems in the world. 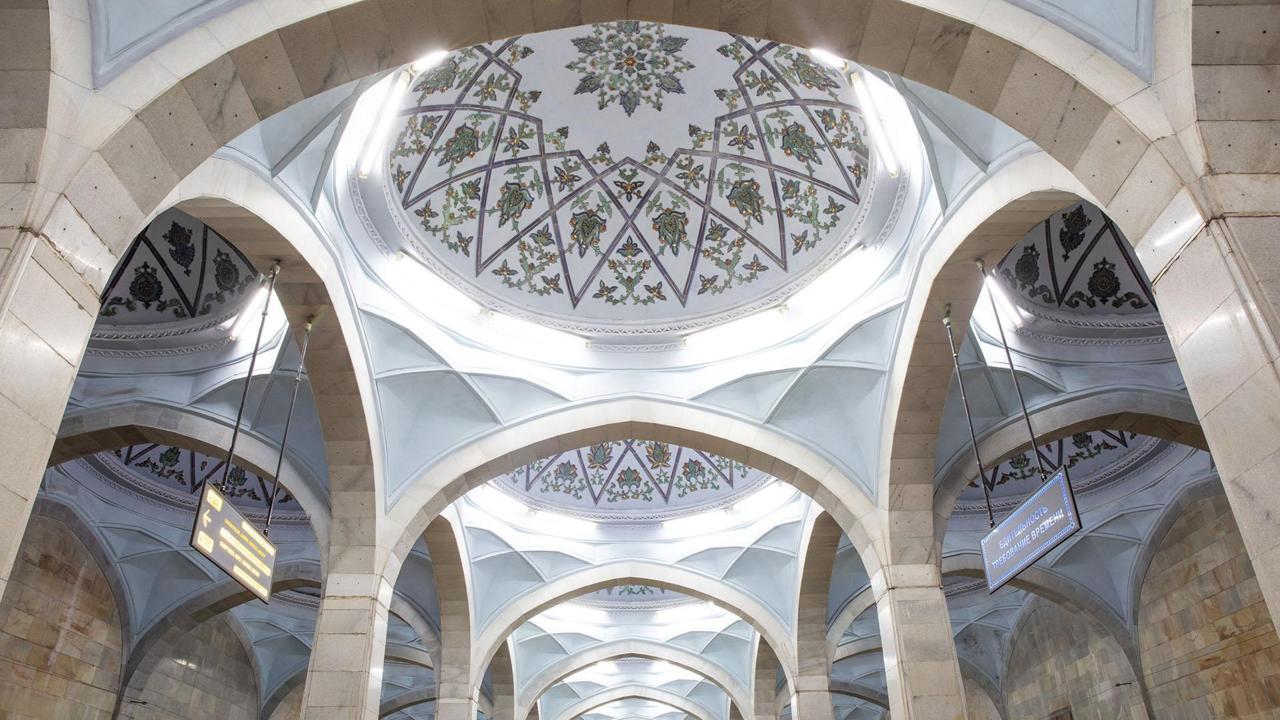 Silk Road history
Alisher Navoi station, named after the celebrated Uzbek writer and artist, is one of Tashkent Metro’s most famous stops. Inside, the arched domes and blue tilework remind passengers of Uzbekistan’s storied Silk Road history with its ancient mosques and madrassas. The station is one of Tashkent’s busiest, filled not only with bustling commuters but also tourists and locals taking photos – a practice that was forbidden until recently. 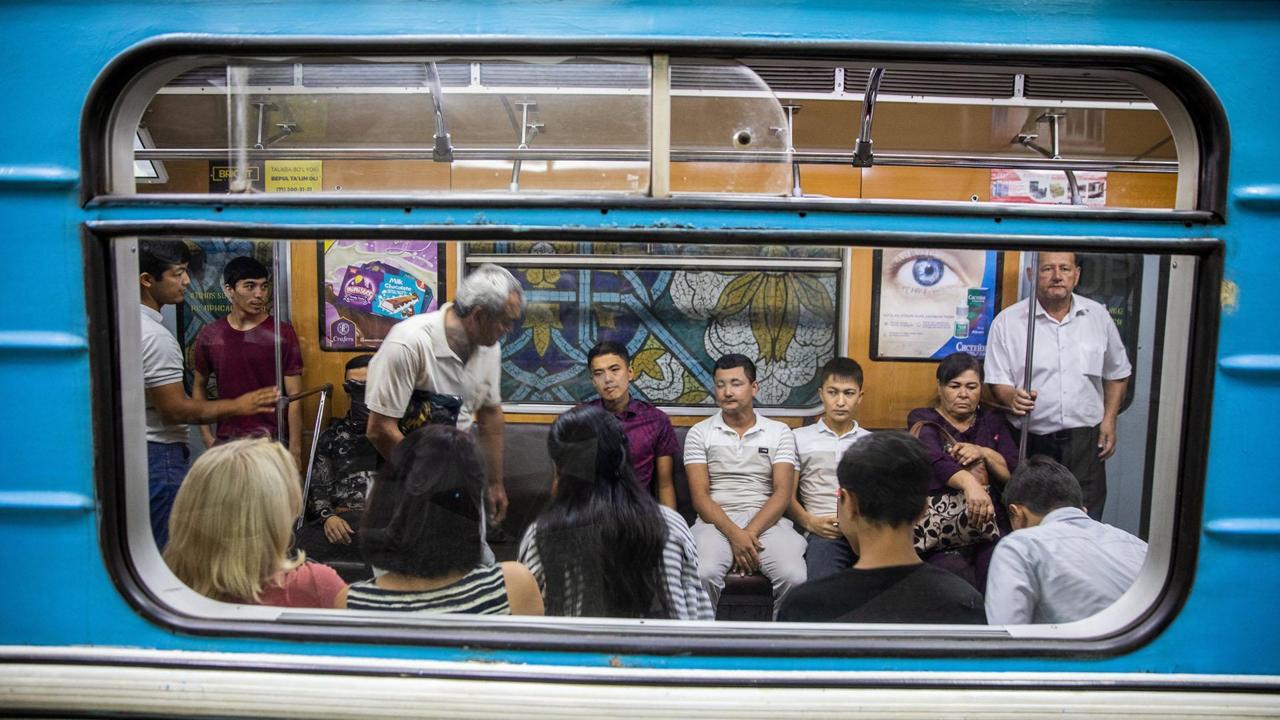 When the Tashkent Metro was built, photography was banned in its stations because of its ancillary role as a nuclear bomb shelter. During Soviet times, fears of spying and a tight control on information meant photography was largely distrusted, especially around sensitive military infrastructure, including bomb shelters.

After the fall of the USSR in 1991, Uzbekistan’s former Soviet party leader, Islam Karimov, took power and continued the policy. Karimov’s successor, Shavkat Mirziyoyev, however, began undertaking reforms, seeking to open up the country’s economy and attract investors and tourists. Perhaps realising the metro’s potential as a tourist draw, the government removed its classification as a military installation in mid-2018 and lifted this 41-year ban on photography. 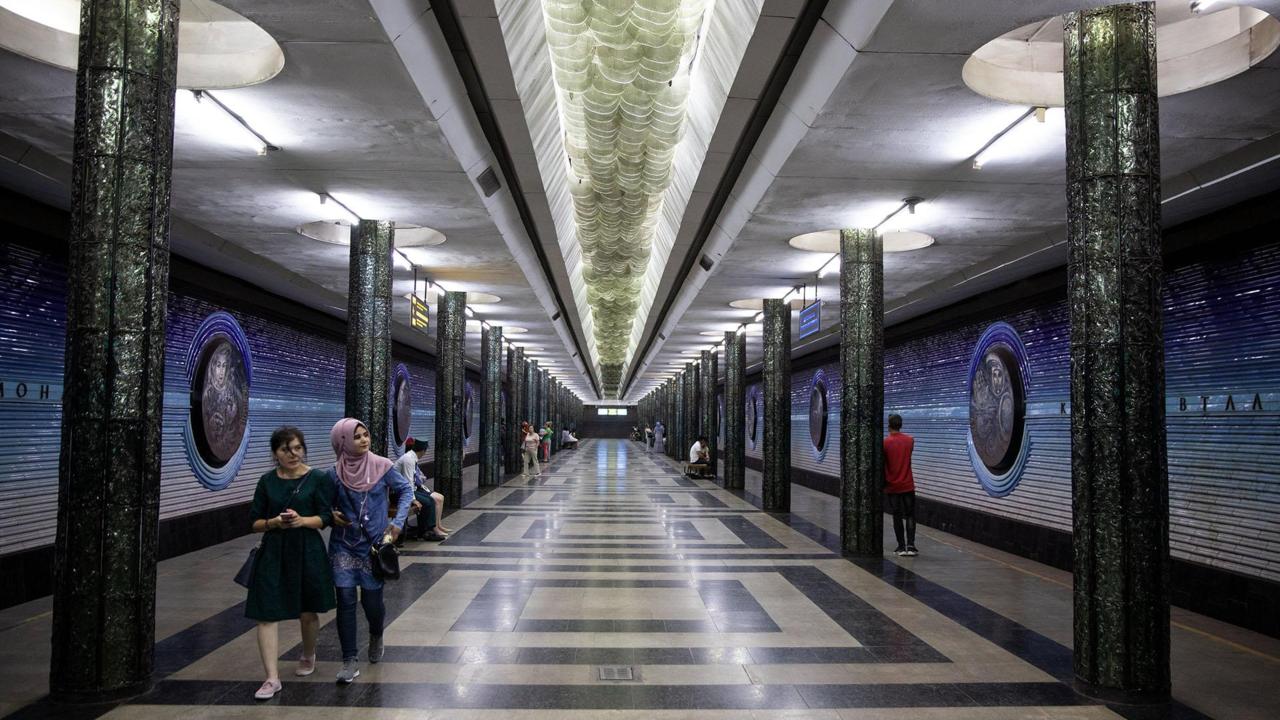 Inside the Tashkent Metro, stations are all uniquely designed and decorated in marble, granite, glass, ceramics and alabaster. Many of the motifs centre around a specific theme, often described in the station’s name. For example, Kosmonavtlar Station (pictured) on the O’zbekiston Line references Soviet cosmonauts and celebrates the Soviet Space Program, while Pushkin Station, which honours the life of the famous Russian author and poet, sits a few stops away on the Chilonzor Line. 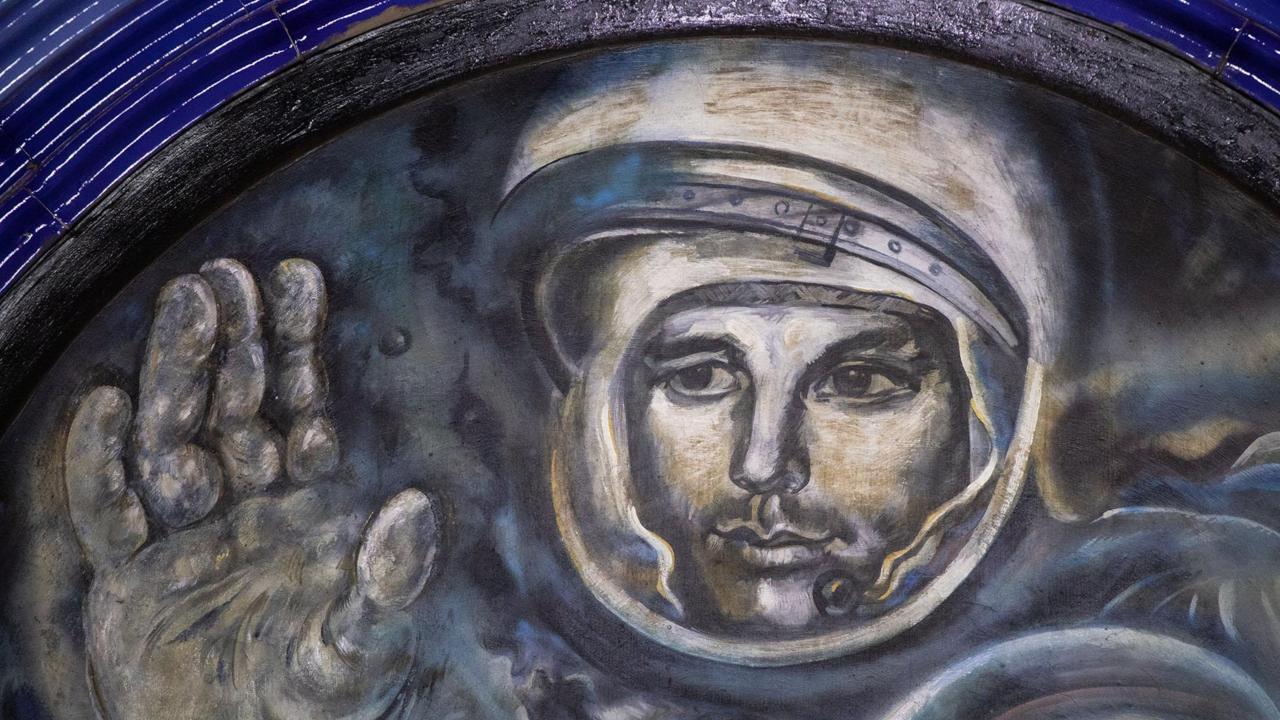 A portrait of Yuri Gagarin, the first person in space, adorns the wall of the Kosmonavtlar Station. Gagarin, and other early cosmonauts, were some of the USSR’s most important heroes, symbolising Soviet power and supremacy during the Space Race and widely depicted in Russian propaganda. Around him, the walls are lined with surreal portraits of famous cosmonauts floating through space amid a futuristic design of blues and blacks – similar to the colours astronauts would see as they left Earth’s atmosphere. 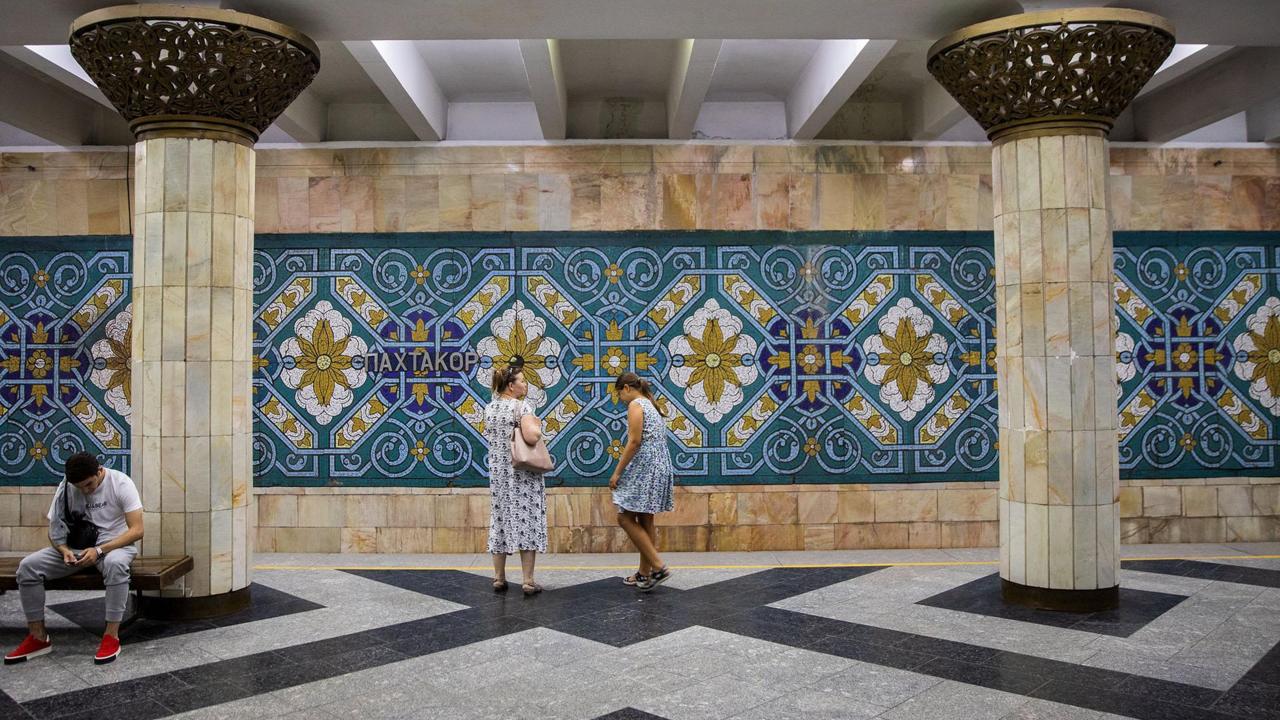 In true Soviet fashion, the work of the proletariat is also celebrated. In Pakhtakor Station (which translates to “Cotton Picker”), stylised images of cotton are depicted in huge mosaics across the metro walls. The Soviets envisioned Uzbekistan as a vast cotton-producing nation, reworking the agricultural economy and diverting waterways until the country produced 70% of the USSR’s cotton needs. This famously led to environmental disaster when the Aral Sea – once the world’s fourth-largest freshwater lake – began drying up, leaving fishing fleets and port towns rusting in newly created deserts. 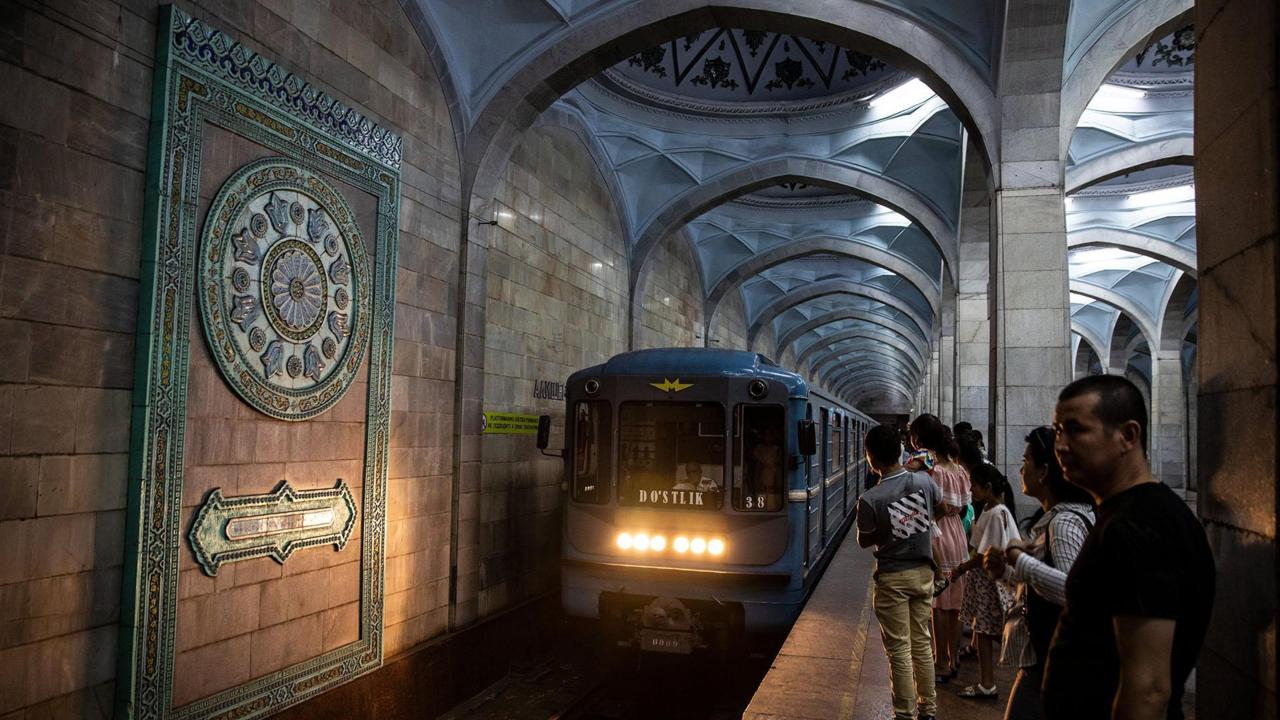 Underneath this veneer of opulence, the metro has a very Soviet, utilitarian feel at times. Many of the trains still operating today are of a well-known class, 81-717/714 cars, which were designed in the mid-1970s and are common throughout post-Soviet metros. There are four carriages per train, serving the stations’ 100m-long platforms. As of 2013, 168 of these distinctive blue-painted, Soviet era trains still operated, but they are being slowly replaced by newer models. 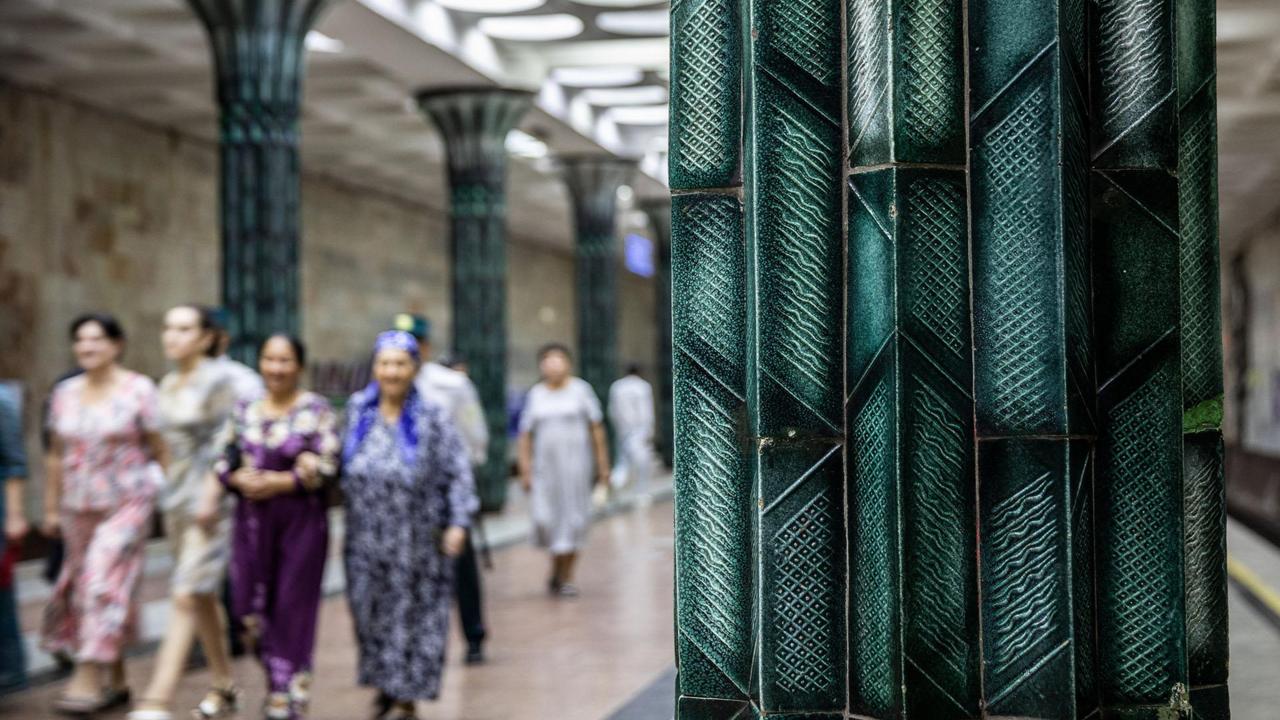 A trip on the metro costs 1,200 Uzbek soms (around £0.10). The price ensures that Uzbek residents, whose minimum wage is just 527,000 som per month (£43.50), can manage to travel around the city. The metro is also growing: a second line was opened in 1984, and a third line, which opened in 2001, is still expanding, with plans to eventually connect the northern districts to the airport in the south.