Gemiler Island: The Gift That Keeps on Giving 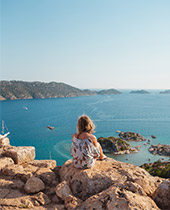 There are places in the world where legends are born and where they die. The importance of visiting these places is often not found in only physical attractions but in the spirit that may still remain of that legend.

Across the world is a place where a very familiar legendary figure was born. Thousands of years ago, on March 15th 270AD St. Nicholas, the man who is now referred to more commonly now as Father Christmas or even Santa Claus was born in modern day Turkey. 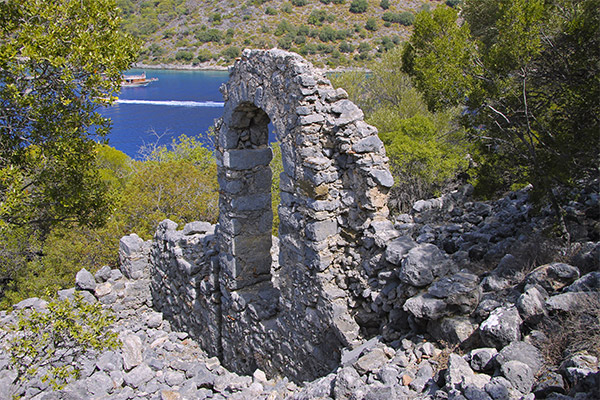 The story that sparked a legend

St Nicholas is said to have performed many miracles and acts of generosity, gift giving, and protecting children during his lifetime.

One legendary story tells of the saint delivering bags of gold down a chimney. There was a very poor man with three daughters. In those days, in order to marry your daughter to someone, you had to pay a dowry. The poor man couldn’t afford the dowry for one daughter, let alone three.

When St Nicholas heard of this, he snuck over to their house in the dead of night and dropped a bag of gold down the chimney. The girls had hung out their stockings over the fireplace to dry overnight. Somehow, the bag of gold ended up lodged in the stockings. When the girls woke up the next morning, they couldn’t believe their luck.

How a saint became Santa Claus

St. Nicholas was a popular saint in Europe until the time of the Reformation in the 1500s, a religious movement that led to the creation of Protestantism, which turned away from the practice of honoring saints. Saint Nicholas, however, remained an important figure in Holland.

The Dutch continued to celebrate the feast day of St. Nicholas, December 6 (the date of his death). It was a common the night before this feast day for children to put out their shoes. In the morning, the children would discover gifts left for them by St. Nicholas.

It is not hard to imagine how the stories of St. Nicholas snowballed over time to become what we believe of Santa Claus today.

The gifts of St. Nicholas on Gemiler Island

The Byzantine ruins of five Greek churches built between the fourth and sixth centuries AD remain on the island, along with a 1,150 ft processional walkway. Other remains from the same period include around forty other ecclesiastical buildings and over fifty Christian tombs. One of the churches was cut directly from the rock at the island's highest point, and is located at the far western end of the processional walkway.

The 4th-century tomb of St Nicholas – or at least, the original site of it – was discovered on Gemiler Island by chance in the early 1990s. Until then it had been thought that St Nicholas had been buried at Myra, where he had been bishop.

The discovery prompted a team of archaeologists to descend upon the island, undertaking extensive excavations of the ruins and placing special attention on one of the churches, a basilica decorated with mosaics depicting floral and animal motifs and housing several tombs. Researchers say this church was the hub of religious activity on the island. This particular church is also said to have been dedicated to St. Nicholas, with his name painted on one side of the basilica.