A Nod to the Lava Lizards of the Galapagos 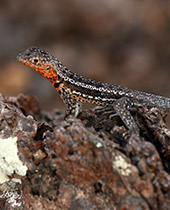 Going on holidays is, in-part, about enjoying the little things, right? Yes! Well, I do not want you to miss out, so I am inclined to make you practice what you preach.

The Galapagos Islands are famed for their “giants”–the tortoises– in the literal sense and, of course, the legacy left by Mr. Charles Darwin. The islands are also well-known for their oddballs: equatorial penguins, sea-faring iguanas, blue-footed birds, the apparent tameness of the wildlife, and the list goes on. While we’ve been caught-up with the giants and the oddities there has been something wonderful and no less interesting at our feet: Microlophus! Huh? The Galapagos Lava Lizards. 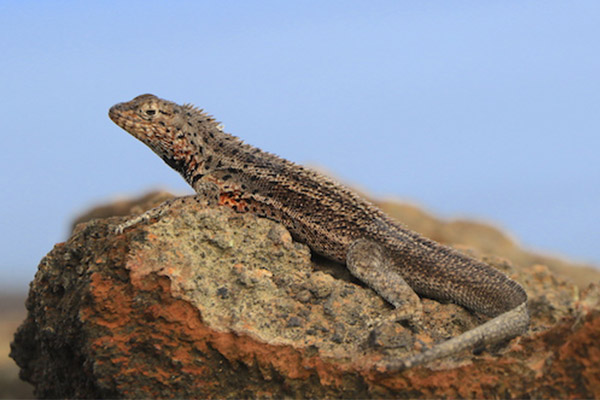 Calm, cool, collected, and cryptic. Bartolomé Island
Clambering over the scorching and rough-textured lava, peeking out of shrubbery, and perched atop their larger brethren – the Marine Iguanas – these energetic little lizards are a treat for the eyes, if you take the time to look at them. Their apt scientific name “micro-” (from Greek mikros) means “small” and “lopho” (from Greek lopos) translates to “crest”. The males sport a formidable mohawk of small spines that extends from the back of the neck to the tip of the tail and a pronounced black bib. By contrast, the females are marked with a beautiful orange-red blush spread over the cheeks, throat, and chest. These lizards may be small and at first unassuming, but they were high in my wish-list for my first visit to the islands! 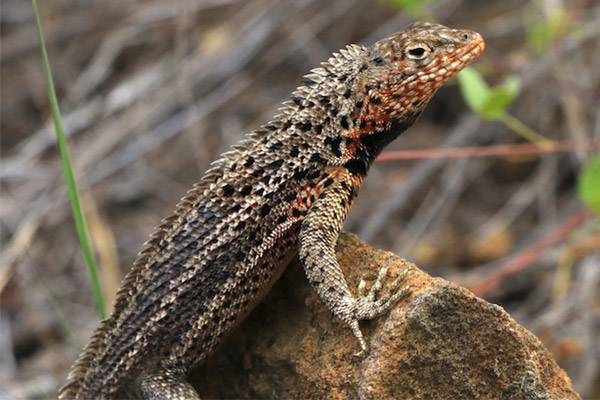 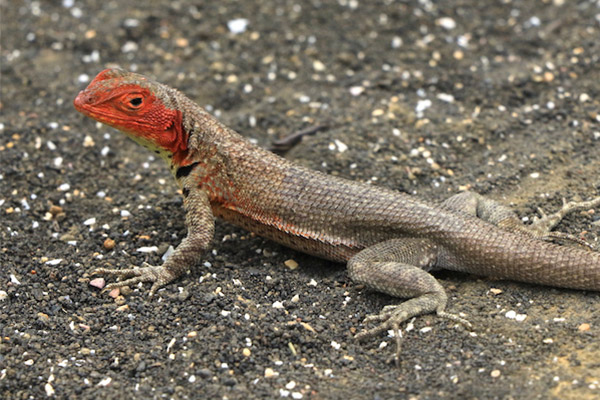 Female lava lizard. Santiago Island.
Male lava lizard uses a ‘push-up’ display to assert dominance.
Maybe he’s a bruiser given his severed and regenerating tail?
Bahia Urbana, Isabela Island.
Descending from ancestors that inhabited the South American mainland, these lizards rafted across the open ocean on flotsam and eventually made landfall on the eastern islands of the archipelago. In the millennia that followed, the lava lizards would go on to colonize every major island in the Galapagos, except one (Genovesa). Across the archipelago, these lizards are nearly as diverse as the better-known Darwin’s Finches and, like much of the other Galapagos wildlife, may be confined to specific islands or groups of islands.

While watching the lazing sea lions and near comatose iguanas, I trained my eyes for a closer look. Right there, running circles around the much larger animals were the lava lizards: flaunting their crests and colours, males doing their ‘push-ups’ to assert territory ownership, tussling with each other, stalking low-flying insects, and otherwise being wonderfully comical. They even served as toupees for the Marine Iguanas!
A female lava lizard finds a perch atop the of head of
a basking Marine Iguana. Fernandina Island. 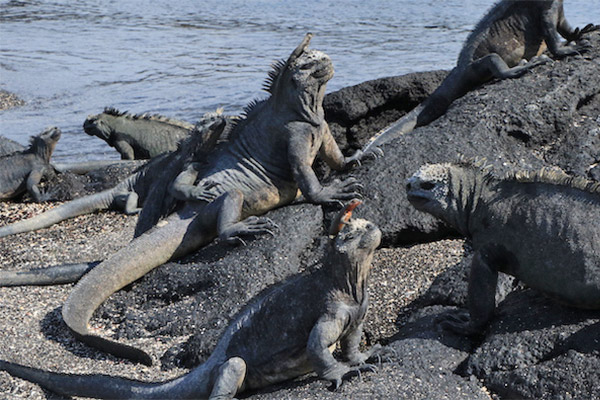 "View is great from up here!" On Fernandina Island.
Although the lava lizards may be small, they have a lot to contribute. As is true of island-living lizards around the world, the lava lizards are important flower pollinators and seed dispersers. Also, if you were a sea lion you’d probably thank these lizards for eating plenty of the pesky flies too! In turn, the lava lizards are also prey for the mockingbirds, herons, hawks, centipedes, and snakes of the islands. 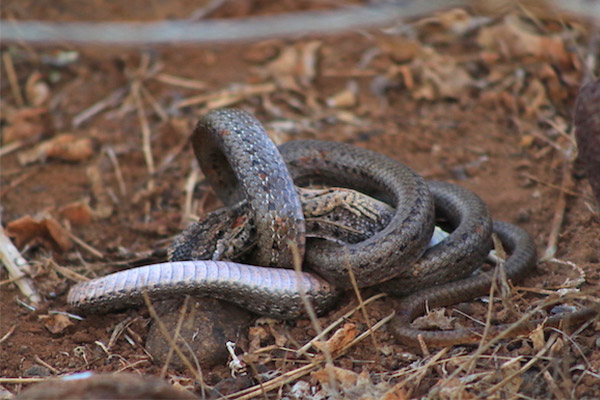 A Central Galapagos Racer (Pseudalsophis dorsalis)
makes a meal of a female lava lizard. North Seymour Island.
All this to say: Don’t overlook the little things. With the lava lizards, you’re bound to be, or fortunate enough to have been, entertained by their character. Their side-eye says it all—seemingly equal parts wary and curious: 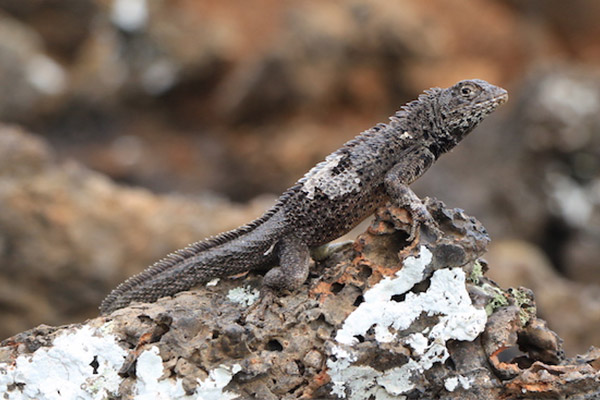 A wary male lava lizard looks on. Islote Tintoreras.
So, give your neck a break from craning upwards while gawking at birds and balance your muscle memory with some ground sleuthing. Watch your step and look out for the small but mighty Microlophus!