Snapshot from a Past Tour: A Sense of Place 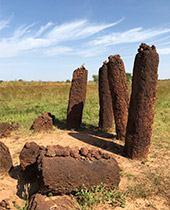 Looking over photos from past tours is particularly enjoyable at this time of being house bound. Recently I've had the pleasure of travelling to Antarctica, the Peruvian Amazon, and Brazil.
I was excited to re-discover this excellent photo below from our traveller Janice, who joined me on our inaugural Quest Nature Tour in the Gambia in November 2018: 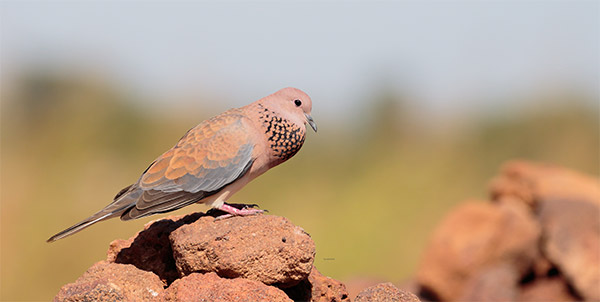 It depicts a male Laughing Dove in song with throat inflated to the maximum, with his dazzling iridescent throat patch deployed to full effect (you simply have to imagine its namesake song, a distinctive medium-pitched coo, delivered as a set of staccato notes ascending and then descending, repeated over and over). The photo was particularly evocative for me as it recalled the exact place we were at the time, but that would not be readily apparent without context. This dove was not just sitting on a random perch; it was perched atop some stones set upon a giant slab of rock in an enigmatic site: the stone circles of Wassu. 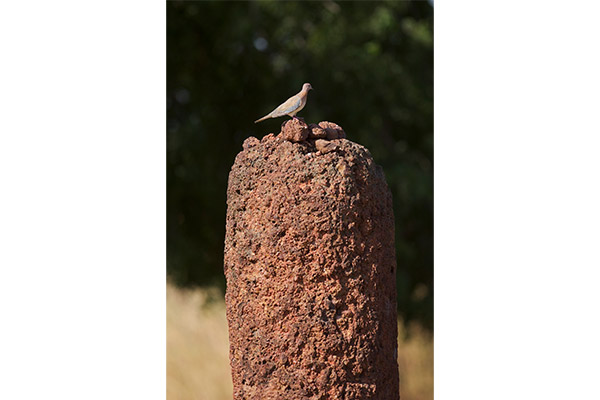 What are these stone circles? Situated just beside the village of Wassu on the north shore of the River Gambia, they are a set of 11 large circles composed of large pillars made of the local stone laterite, skillfully cut into cylindrical or polygonal shape and set in place at fixed distances from each other. We had stopped at this site to wander about them, to learn a bit more of their origin and simply contemplate. 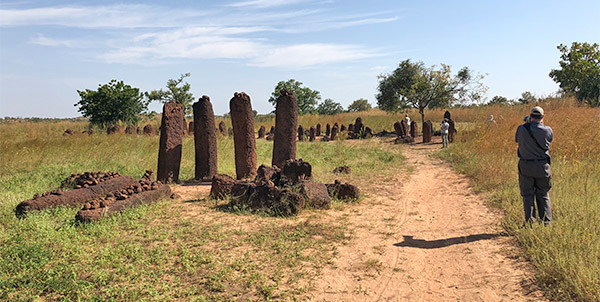 A first glance at the stone circles of Wassu
These pillars vary from perhaps 40 cm to 60 cm in diameter. In height they vary from 1.5 to perhaps 2.5 metres, and the pillars in each circle seem intended to be of the same height, although a few have fallen or slanted.

Why are these here? In fact the Wassu stone circles are part of a series of sites of similar general attributes, harkening to as far back as the 3rd Century BCE. Archaeological excavations have unearthed iron weapons, arrow and spearheads, knives, pottery vessels and bronze ornaments, in addition to human remains, suggesting their importance as ritual burial sites. These various sites are considered a significant part of world heritage by UNESCO. You can view a short video by UNESCO about the stones circles of the Gambia adjoining Senegal: 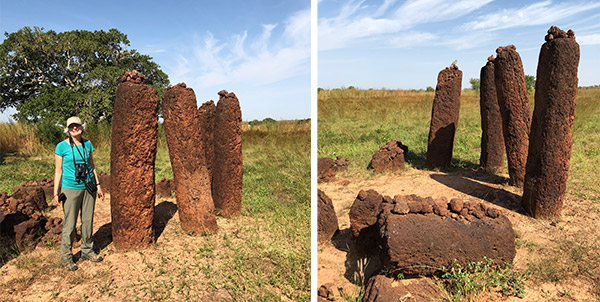 Some of the taller pillars. Some have fallen.
Is the slant in some of these intentional, or a result of settling? 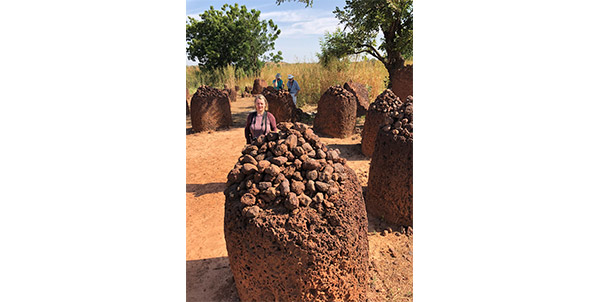 Some of the small stones placed more recently above one of the pillars,
apparently as tribute to this sacred site.
It is said by some that taboos associated with disturbing those laid to rest may account for the relatively well-preserved state of the circles over the centuries. While our principal interest in visiting the Gambia was to experience nature and notably its exquisite bird life, it was fascinating to walk among these mysterious monuments and imagine the foresight and the industry the local people must have had in creating these. 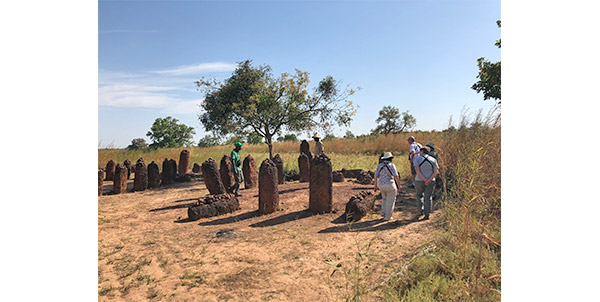